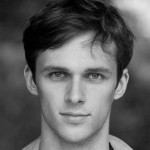 I started performing with Burton Operatic Society when they performed Oliver!, back in 2000, and I remember auditioning at Ferry Street in the main rehearsal room. I had never danced or sang much before this and almost didn’t get in, if it hadn’t been for Tina Burrows-Smith, who saw me practising behind the curtain and let me dance one more time. I got through and ended up as the last one in!

The rehearsal period switched between Tina’s own studio in Willington, and then at Ferry street, and all I remember about the performance is that I was the one who shouted out “These sausages are stale!!” Only to get the wonderful reply of our Fagin (Steve Foster) “Shaddap and drink yer gin!”.

My next adventure with Ops was Crazy for you.  By this time I had been dancing at Tina’s dance school and she wanted me to join in with one of the shows which had ample tap dancing in it, as that seemed to be my strongest style.  This time my featured point was tap dancing on a board in the middle of the stage held up by a couple of the older members!!

After that I was in productions fairly regularly including playing the Fiddler in Fiddler on the Roof, Wizard of Oz, My Fair Lady, Gigi, Sweet Charity, Anything Goes, Oklahoma and Me and My Girl. 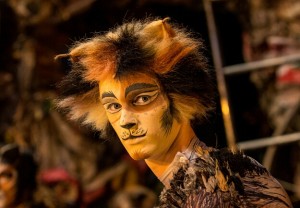 In 2009 I was accepted into Millennium Performing Arts, a Drama College in London, on a full scholarship which I attended for 3 years, also undertaking 2 professional panto seasons in Catford and Weston-super-Mare.  Thanks to the high level of performance that Ops produced, it turned out I was one of the strongest in singing and acting in my year.  This helped me greatly as Millennium was mainly a dance school, so I was lucky enough to graduate a strong dancer as well.  In fact, in my final term I was cast into the European Tour of Cats around German-speaking theatres in both Germany and Austria playing Pouncival and Understudying Mungojerrie (all in German!)  I started rehearsals in August 2012 and finished the tour in June 2013.  I appeared in Lichfield Pantomime during the winter of 2013/14. 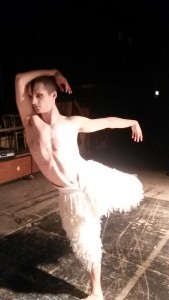 In June 2014 I was cast into the Union Theatre’s production of Sondheim’s Pacific Overtures, a beautiful but seldom-performed musical about the American revolution in Japan.  Shortly after that I joined the International Tour of Matthew Bourne’s Swan Lake, an all dance piece where I toured Singapore, Australia and Italy for 2 months. 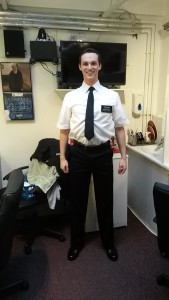 Upon my return to this country I found out I had been offered my first West End job!  I am currently in The Book of Mormon at the Prince of Wales Theatre until February 2016!  I am a swing on the show, which means I cover all 7 of the ensemble parts including 5 different harmony lines! But fortunately, learning harmonies is easy for me, thanks to the early teachings from Burton Ops!!